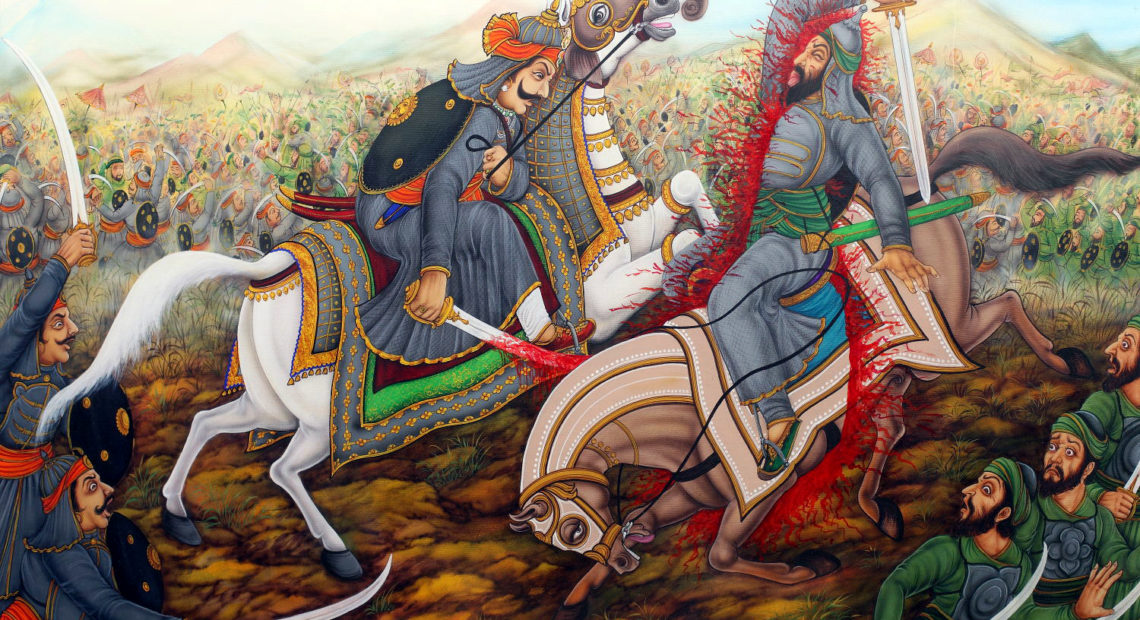 From the textbooks to the archives, history is filled with pages of stories of leaders who have shown courage and honor. But when it comes to Maharana Pratap and his journey that involved intrepid fights, valor, struggle against the hardships and respect for his land, it is rare to find a fighter like him. With great honor and respect in the hearts of the followers, Maharana Pratap has been a premier of patriotism, freedom and independence.

Rana Pratap was born to father Maharana Udai Singh II and mother Maharani Javantha Bai Songara on 9th May 1540, (Jyestha Sudi), third day of Vikram Era 1597 in Ardh Naksatra. Though born at Kumbhalgarh fort, some historians believe it to be “Juni Kacheri” near Pali District. His birth was considered auspicious and predictions were made about the Glory he will bring to the clan. His education was worthy of a prince and he mastered the warfare tactics and weaponry during his early age.

Jealousy among the queens of Udai Singh however, resulted in depriving Maharana Pratap from father’s love and royalty and forced him to live in a village below the ridge of Chittorgarh. He was raised there by his maternal grandfather Akheraj Sonagar(pali) who soon died in a battle.

Maharana Pratap got married to Ajabade (daughter of Rao Ram Rakh Panwar), at the age of 17 and were soon blessed by a son named Amar Singh.

There is no confirmed source written in the history of Mewar which would authenticate the physical structure of Rana Pratap.

Maharana Udai Singh II died at the early age of 42 in “Gogunda”, leaving behind twenty-five sons. Setting aside the established laws of “Primogenitor”, he proclaimed his favorite son “Jagmall” as his successor. But surprisingly, in a coronation performed at Gogunda Maharana Pratap was crowned the 54th king in the lineage of Sisodia Rajputs girding Pratap with the sword, thrice touching the ground, hailed him the “King of Mewar” when Jagmall too was moved out of the seat by Rawat Kistna and ex-prince of Gwalior.

By the year 1573, Akbar the then Mughal king had control of Chittorgarh. But to realize his dream of being the Jahanpanah of Hindustan he needed to bring the ruling state of Mewar under him which wouldn’t be possible under the rule of Maharana Pratap.

Akbar sent six diplomats to get Maharana Pratap agree to the former’s servitude whereby the sovereignty and honor of Mewar would remain intact.

However, Maharan Pratap turned down each one of them. The last of these missions were headed by Raja Man Singh, the brother-in-law of Akbar and king of Amber (Jaipur).  Even the lack of recourses never lured him and he scorned comfort and luxury when they had to be bought at the cost of his independence.

For a quarter of a century he withstand the combined effects of the Mogul empire; at one time carrying destruction into the plains, at another flying from rock to rock, feeding his family from fruits of the jungle, and rearing the nursling Hero Amar Singh, amidst savage beasts, and scarce less savage men. Though wealth and fortune tempted the fidelity of his chiefs, not one was found enough to abandon him.

A Short Introduction of the battlegrounds

The Brave Tribe of Bhils

Rana Pratap had the very strong support of the indigenous tribe of Mewar- Bhils, who fought with him to till end and sacrificed their lives for the Honor of their ruler.

Rana Pratap made his descendants Vow that until he brings back the glory of Chittor, he would sleep on straw bed and eat off a Pattras (leaf Plate). Rana Pratap could not win back Chittor and even today, many Rajput follows that promise and places a leaf under their plates and a straw under their bed.

Warfare Tactics and the Heroes

“Guerrilla Warfare” had been in existence since times unknown, but Rana Pratap was probably the first to use “Organized Guerrilla Warfare” against a mighty enemy and very successfully administered a disastrous blow to the Mughal army.

Many, at times it seemed that Rana Pratap was on the verge of being victorious. To lead his battle against the Mughals Maharana Pratap has the bravest of all brave leaders- Jhala Bida, Hakim Khan Sur, Poonja Bhil ( in photo) including Raja Ram Shah of Gwalior, Rawat Netsi of Kanod,Kishandas Chundawat of Salumber, Bheem singh Dodiya, Ramdas Rathore of Badnore, Shankardas Rathore of Kelwa, Jhala Maan of Delwara, Ram Singh Sandoo, Jaisa Barhat and Keshav Barhat were few of the leaders who laid their lives for the brave Rana Pratap in his efforts to keep the lamp of Independence burning.

Akbar launched an offensive against Rana Pratap in A.D. 1576 after all the efforts, to bring Rana Pratap to his servitude failed. Akbar established his headquarters at Ajmer and this became one of the 22 subahs of Akbar’s empire.

As a “Guerilla Warfare” tactic Rana Pratap restricted his region in the mountains of Aravali i.e from north to south, Kumbhalgarh to Rishabdev and from west to south Mirpur to Satola. The faithful aborigines “ The Bhils” took to field, with Rana Pratap with their ordinary weapon the Bow and Arrow and huge stones ready to roll upon the combatant enemy, above and below the Rajputs were posted and on the cliffs and pinnacles the “Bhils”.

To save the honor of their land against the mighty Mughal army with the strength of Two Lac soldiers. There stood the Twenty Two thousand on that day 7th of Sawan Sanwat 1632(July 1576), for the defense of Haldighati and only eight thousand quitted the field alive.

The turning point again came in 1582 when Rana Pratap Inflicted a crushing defeat to the Mughal army in Dewair( the northern entry point of Mewar connecting Marwar, Gujarat, Malwa and Ajmer). From this battle onwards Rana Pratap moved from being defensive to Offensive and in a very short time he regained all the lost land of Mewar except Ajmer and Chittor.

The legend of Maharana Pratap

The Legendary Maharana Pratap’s Gratitude can be summarised in two incidents.

To save the honor of their land against the mighty Mughal army with the strength of Two Lac soldiers. There stood the Twenty Two thousand on that day 7th of Sawan Sanwat 1632(July 1576), for the defense of Haldighati and only eight thousand quit the field alive.

One day Raja Man Singh the commander in chief of the Mughal army was out hunting with a few hundred of his troops. Pratap’s Bhil spy reported this to him at his camp a few kilometers away and as he seems to be on a hunting sprawl he can be easily targeted but Maharana Pratap straight forwardly refused to back stab him and defeat him other than that on a battlefield. Other time the women from the family of Abdur Rahim Khankhana (Mogul commander) were captured by  Pratap’s son Amar Singh, and presented in front of the Rana.

At this point of time, Khankhana was actually on the march against Pratap, and was camping at Sherpur. Infuriated and not withstanding this act, immediately Pratap commanded his son Amar Singh to arrange for the safe conveyance of the mogul ladies to their camp. Khankhana was so affected by this incident that he refused to fight against such a chivalrous monarch. He petitioned Akbar to be relieved of his post and was subsequently (in 1581) appointed guardian of Akbar’s own son, Salim.

After the Haldighati Battle, Mughal Emperor Akbar made repeated attempts to capture or kill Maharana Pratap, but he did not succeed. Where in the year 1576 he captured Udaipur and named it Mohammadabad and likewise Chittorgarh was named Akbarabad (source), both the names were never accepted. Maharana Pratap served (struggled) for 25 years and died a peaceful death on January 19, 1597 at Chawand, the capital founded by him in deep hills south of Udaipur, the reason of his death being injury caused during a hunting game.

Maharana Pratap’s arch foe Mogul Emperor Akbar is believed to have shed tears at end of this brave warrior, because he was the only ruler who refused to compromise his honor for comfort & safety and, in the end, he died a proud and free king. Maharana Pratap was affectionately called “KIKA” especially by the tribal’s and the poets.

Maharana Pratap left behind him 17 sons and 5 daughters. It is said that on his death bed Rana made his eldest son, Amar Singh swear to keep the torch of independence burning and the “aan” of his motherland intact from the “Turks”.

It is an upsetting fact that we do not have an original portrait of the leader who is immensely worshiped by his followers. It is believed that there was only one portrait of Maharana Pratap that was made during his struggle against the Mughals but was taken by the British.

This work is collection and research complied by the author from various sources including text and web, this website is not responsible for the authenticity of the content. All photos and pictures used in this article are works of respected owners and this site take no authority of any graphic material used. 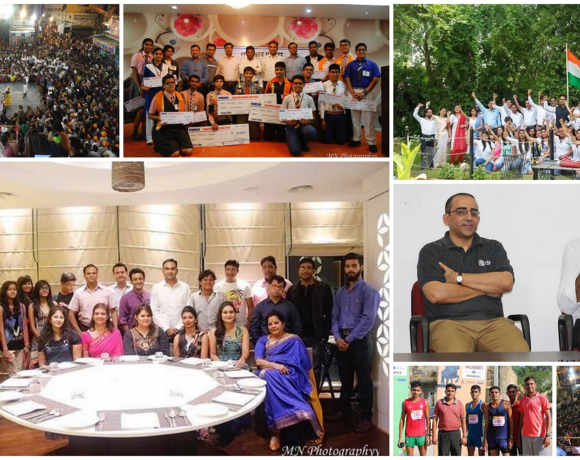 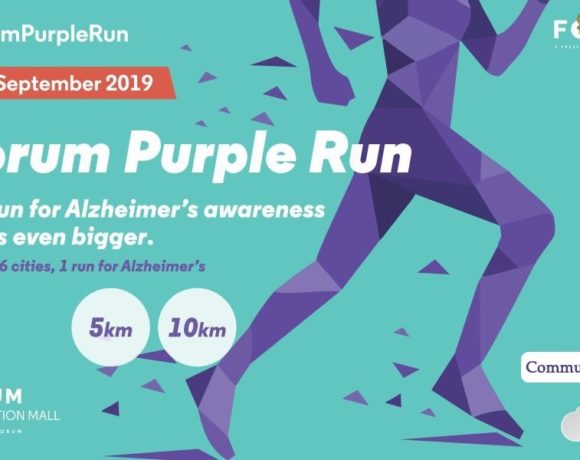 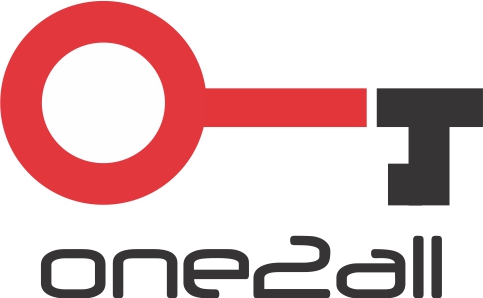