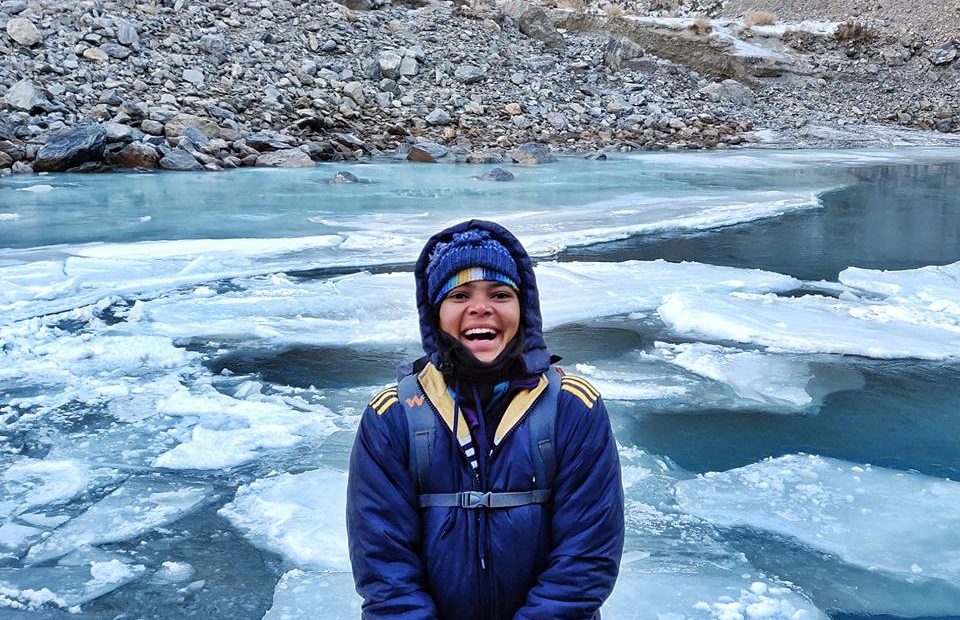 “Ruchika Jain ” is one such Udaipurite who has given a new definition to the term ‘Women Empowerment’. An empowered woman never depends or waits for resources or helping hands to accomplish her dreams and goals in life.

She fills the gaps and moulds every adverse situation to her benefit, to reach a step closer to her goal. Ruchika is someone who has marked her presence and has made everyone appreciate her for her efforts. She is the first girl in Mewar to have completed the Himalayan Charder Trek 11,150ft (105 km) in – 35 degrees Celsius frozen temperature. The most amazing part was that, out of the 16 trekkers, 9 returned back and in the rest who completed the trek, Ruchika was the only girl.

An engineering pass out from CTAE, she landed up being a lecturer in one of the top universities in Udaipur, but it wasn’t something with which she could have stopped and lived a contented life as her contentment wasn’t meant just for this thing.

She never wanted to be a part of the crowd and the everyday mechanical life seemed to be too ordinary to her. She wanted to mark her foot prints at every corner of the world.

She desired a life of adventure, to play around nature, to listen to the music that rivers create while flowing along its shores, to feel the sun rise on her face on the coldest morning of the year and to live a life that has content and substance. She strongly believes that at the end of the day what matter the most is – “How much are you satisfied with what you are doing in your life” and that was the reason why she got this inclination towards trekking as it was something that could have fulfilled her dream of living with nature and adventure.

‘The Preparation and Accomplishments’

Her journey into her dreams began last year, where she made her first solo trip to Mangalore. This experience motivated her and gave her the much needed courage to go further into her dream. She then visited several other places like Maharashtra, Uttakhand, Karantaka, Himachal Pradesh, Rajasthan, Kashmir and Delhi. Her first trek was at Dharmshala Himachal Pradesh. She never told this achievement of hers to her family as she knew that she needs to get into something such that her family could feel confident about her aspirations, that she could make it on her own.

She joined as a lecturer at Pacific University, such that she could sustain her ambitions and could transform her dreams into realities. – Kedar Kantha was her second trek which is at an altitude of 12800 from sea level where she lead a group of 60 trekkers.

– Next was Sarpass Trek in Kasol at 13800 altitude.
She spent 25 days in the company of beautiful Himalayas. YHAI sponsored her trip and she was the leader of the camp and lead 1500 trekkers. It was big this time.

But her journey wasn’t meant to stop here. She was to fly even higher.

She too had to face many challenges in her life as being a girl is never so easy and for an ambitious girl, it is even more difficult. There are family pressures and more over the society wants a girl to live in line with their traditional conventions.

People usually wonder and question everyone who ever tries to live a different life, which though runs parallel to the philosophy of society, yet it has several rebellious points of intersections in between.

This was something that even Ruchika had to face but she had a strong will and she always believed in herself. This was the reason why she was able to fight everyone and everything to such an extent where she convinced everyone to her grounds.

Yes, Ruchika was determined enough to have lived her dream. She became the first girl in Mewar to complete the Himalayan Charder Trek 11,150ft (105 km) in – 35 degrees Celsius frozen temperature. 9 out of the 16 trekkers returned back and in the rest who completed the trek, Ruchika was the only girl.

It was a big day in her life. As she reached the peak she got into tears. She closed her eyes, collected herself and recalled all the moments, hardships and efforts that made it possible for her to reach these heights. She opened her smiled and she shouted with joy.

Her story was covered in many leading newspapers and news channels. But this isn’t the destination yet, she is all set to live the next journey.

She mostly makes solo trips and she has set an example that if you have the will, you get wings to fly and that’s what the name of her vlogger profile is – ‘Fire Fly Do’.’

She says – “Do fight for whatever you believe in, don’t live a life with regrets. Sometimes you may feel like breaking down, whenever it happens, just ask yourself – Do I care and if the answer is No, then you don’t need to care about anything and you’d be able to do everything you want.

One2all salutes her spirit and wishes her all the very best for her ambitions and aspirations, that she grows higher. 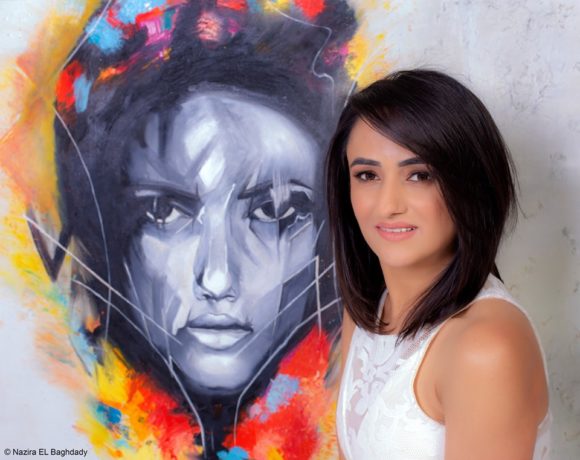 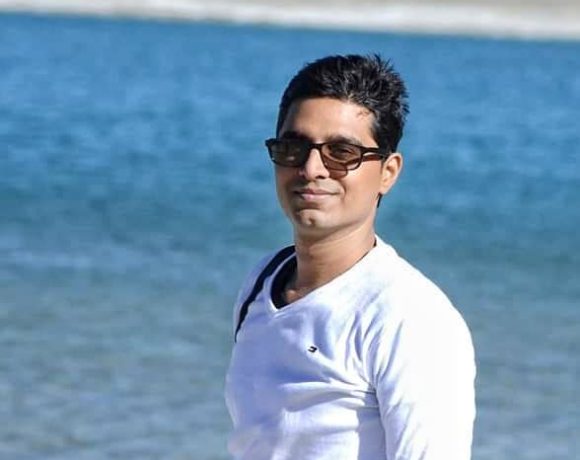 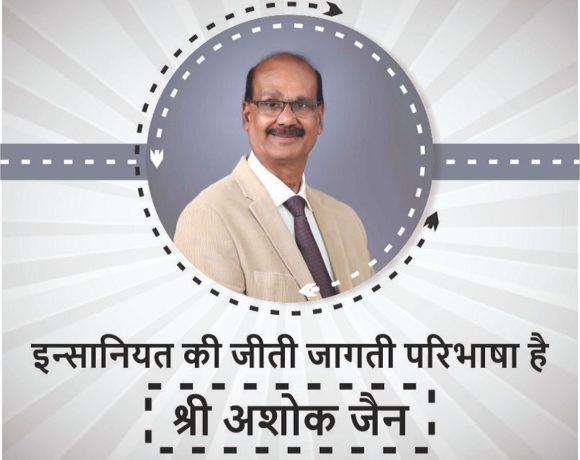